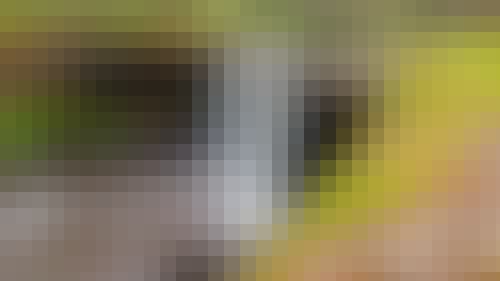 The water, which cascades over a 30-metre vertical precipice into a deep plunge pool below, is actually flowing over hardened basalt lava. Further downstream, rapids wind their way around large blocks of basalt, dislodged over time down the embankments of the
narrow valley.

The beauty of the falls has also attracted many influential artists over the years, with reasonable winter rainfall ensuring a torrent of water cascades down the volcanic rocky gorge.